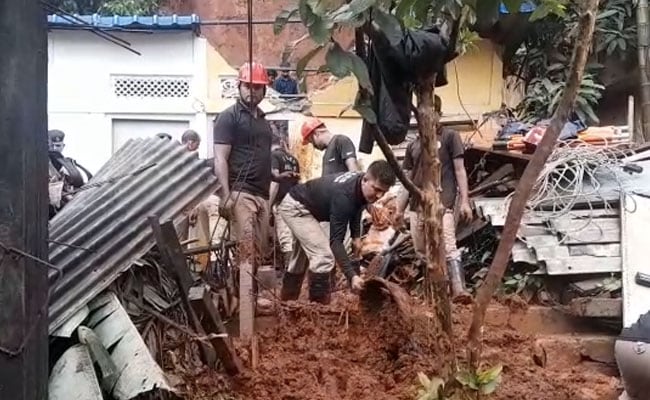 The victims were living in a rented house in the area and were egaged in construction work.

Four people died in a landslide in the Nizarpur near Boragaon in Assam’s capital Guwahati on Tuesday.

The victims, all of whom were labourers, were buried alive under the debris caused by the landslide. Following the incident, emergency teams hastened to the spot and recovered the bodies.

According to the police, the victims were living in a rented house in the area and were egaged in construction work.

“We come to know from the nearby locals that four workers were living in the house and maybe they were not aware of the incident while they were sleeping at night. The wall of the house had broken down and the soil of hills entered the house and The labourers were trapped in the debris. Till now, we come to know that four persons are trapped in the debris and our search and rescue operation are on. Out of four, three hail from Dhubri and one from Kokrajhar. They were living in the rented house and were engaged in building construction work,” said Nandini Kakati, Assistant Commissioner of Police (ACP) as quoted by ANI.

Assam has been experiencing heavy rainfall since Monday night. Waterlogging has been reported in several areas of Guwahati while parts of the Guwahati Railway Station have also been flooded. Due to the rain, flight movement at the Guwahati International Airport has also been delayed.

In light of the heavy rainfall, the Assam government on Tuesday issued an advisory for people in Guwahati and adjoining areas to not venture outside unless absolutely necessary. The state government advised contacting the District Administration at 1077/8638112297 in case of emergencies.

The India Meteorological Department (IMD) has issued a Red alert for extremely heavy rainfall in Assam and Meghalaya for the next three days.