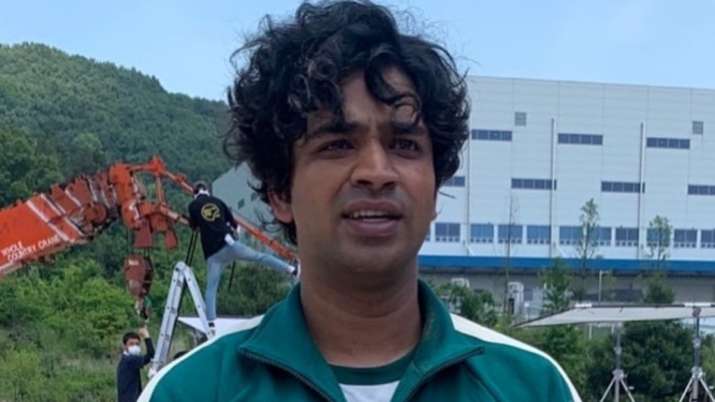 Actor Anupam Tripathi on Sunday penned a heartfelt note after he was nominated in the Screen Actors Guild Awards’ ‘Outstanding Performance by an Ensemble in a Drama Series’ category for his role in the global hit “Squid Game”. The New Delhi-born actor was the breakout star of the Netflix survival drama, which premiered last year. In the widely acclaimed series, Tripathi played Ali Abdul, a Pakistani factory labourer, who participates in a deadly survival competition based on Korean children’s games.

The actor took to Instagram and shared a picture of the Screen Actors Guild Award nomination and wrote he feels “honored, humbled, blessed and great”.

“As an actor, to be nominated in screen actor’s guild awards means the world to me alongside my dream team of ‘Squid Game’ who made my each moment on the set unforgettable. The greats of the Korean film and drama industry whom I see on screen and learn to this day have given me support to perform with joy in ‘Squid Game’ and treated me as family all the way from the word go,” Tripathi wrote.

The 33-year-old actor, based out of South Korea, said getting the nomination as an Indian actor means a lot to him.

Tripathi said the global acclaim the show received was made possible by the cast and crew of “Squid Game”, who “held their hands together” and worked “shoulder to shoulder” to bring out the story “of the people for the people”.

“As an Indian actor working in Korea and getting the recognition and appreciation in one of the prestigious award shows (SAG awards) in the world for actors says it all that ‘dreams do come true’.

“I take immense pride in saying that I am also a SAG award nominee for the outstanding performance in the ensemble cast of the drama series ‘SquidGame’.

And I am looking forward to seeing all my favorite actors with eagerness who all are nominated in SAG awards 2021,” he added.

Apart from “Squid Game”, other shows nominated in the category are “The Handmaid’s Tale”, “Succession”, “The Morning Show” and “Yellowstone”.

The series is also nominated in the category ‘Outstanding Performance by a Stunt Ensemble in a Comedy or Drama Series’.

The 28th Annual Screen Actors Guild Awards will be presented on February 27.