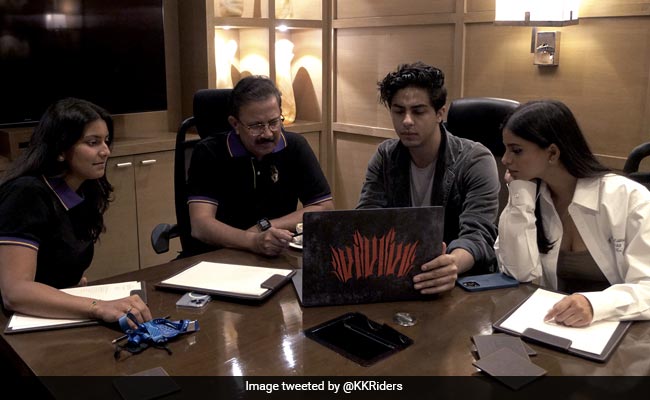 Shah Rukh Khan, 55, is one of India’s biggest and most-loved movie stars.

Aryan Khan, 23, had made the headlines last year, when he was arrested by Narcotics Control Bureau in an alleged drug bust in October last year. He was taken into custody on October 3, hours after drug raids on a cruise ship party by the NCB. The star son was in Mumbai’s Arthur Road jail for three weeks.

This is the first time that Suhana Khan and Aryan have made a public appearance together since the latter was granted bail.

A crash course in #IPLAuction strategies from the CEO to our Gen-Next@VenkyMysore#AryanKhan#SuhanaKhan#JahnaviMehta#GalaxyOfKnightspic.twitter.com/WqWNuzhpJt

A day before Saturday’s main event, Aryan Khan and Suhana Khan were also spotted at the KKR table during the pre-IPL auction briefing. The photos, which were shared on the IPL’s official Twitter account, went viral on social media. 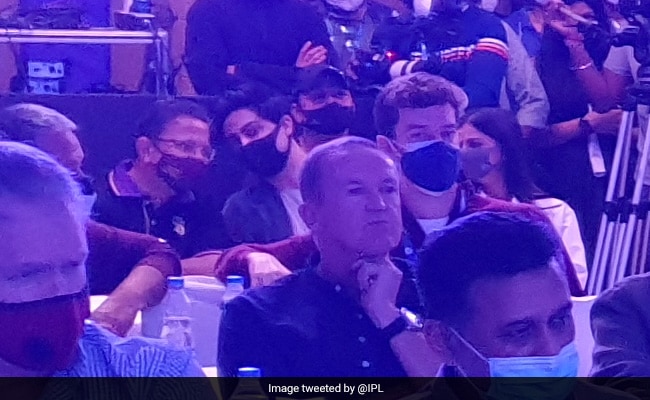 Aryan Khan and Suhana Khan at the pre-auction briefing of IPL 2022.

While this is the first time that Suhana Khan has made it to the IPL auction, Aryan was present at the KKR table last year as well.

At last year’s auction, Juhi Chawla’s daughter Jahnavi Mehta, 19, was the youngest bidder at the venue.