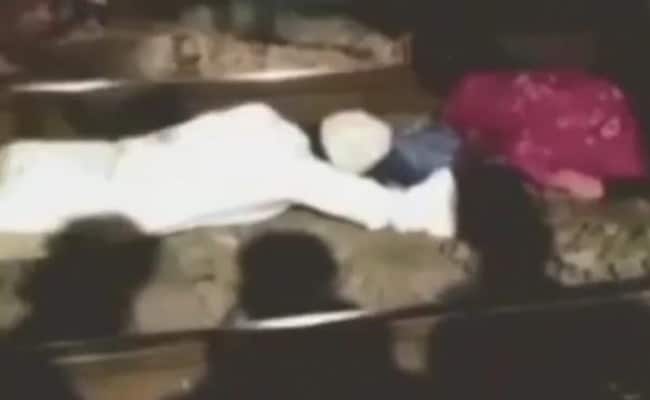 In order to ensure the safety of the girl, Mohammed Mehboob kept the girl’s head down.

Returning to his factory, Mohammed Mehboob, a carpenter by profession, did not know that his bravery would be put to test.

On the evening of February 5, when Mr Mehboob was walking towards his factory in the Barkhedi area of ​​Madhya Pradesh’s Bhopal, he and some other pedestrians saw a goods train approaching.

As they stopped to let the train pass, the 37-year-old was stunned to see a girl, who was standing with her parents, suddenly fall on the tracks.

What happened next was even more spine-chilling as a goods train began to roll towards the girl.

Incredible bravery! 37 year old Mehboob was returning to his factory when he and some other pedestrians saw a goods train they stopped to let it pass a girl standing with her parents in fell on the tracks @manishndtv@GargiRawatpic.twitter.com/IDqQiBLAv7

Amid the dumbfounded bystanders, braveheart Mohammed Mehboob, without any concern for his own life, sprinted towards the girl struggling to get up.

He then dived towards the girl, aware that there was very less time to save her. Crawling towards her, Mr Mehboob dragged the girl to the middle of the track-bed.

In order to ensure the safety of the girl, the vigilant Mr Mehboob kept her head down.

A video of the heroic rescue which was made by the locals and has now been widely shared on social media, shows Mr Mehboob holding the hand of the girl as the locomotive plods along.