BTS Military Service: A lot of speculations have been doing rounds regarding the most popular South Korean band BTS aka Bangtan Boys’ military service. While the BTS ARMY wants them to be exempted from the rule, the officials had not given any decision yet. Earlier, they were allowed to delay their enlistment but with the eldest BTS member Jin turning 30 this year, military service appears to be on the cards.

Now that this discussion is going around for two years, the South Korean Ministry of National Defense finally released an official statement. At the 4th plenary session, Min Hongcheol, a member of the Democratic Party of Korea, enquired about BTS’ military service status . He asked, “The issue of BTS’s military service is not being decided through an opinion poll,” adding, “Can the decision for whether or not the group will serve in the military really be made through a poll?”

To this, Minister Lee Jong Seop of the National Defense said, “To reiterate the position of the ministry of the National Defense, there is no change in the existing position that it is difficult to expand the alternative service system in terms of the fairness of the military service obligations on the BTS military service issue. I think that the most important duty of military service among the four obligations under the Constitution should be implemented in accordance with laws and principles. I hope that the Minister’s stern will be upheld.” 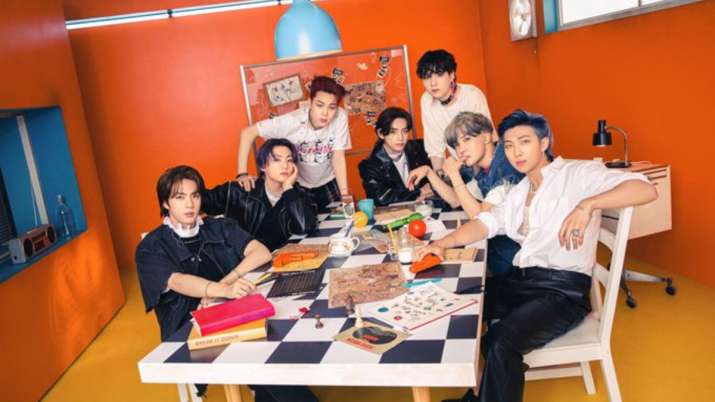 Well, looks like no decision has been made yet about BTS’ military service or if they will be exempted. Earlier, Jin had also addressed the same ahead of the band’s Permission To Dance On Stage concert in Las Vegas.

“I have talked a lot with the company about military service. I talked about how I would entrust it to the company as much as possible. I believe what the company has to say is as good as my say,” quipped Jin.

Not just Jin, RM, Suga and Jhope have to also enlist in the military soon.

Also Read: BTS V aka Kim Taehyung on relationships and collaborations: ‘I had been hurt before…’

Meanwhile, BTS is all set to hold ‘free in-person’ concert on October 15 to support South Korea’s bid to host the 2030 World Expo in Busan. Titled ‘Yet to Come’, the show will be held at Busan Ilgwang special stage at 6 pm KST (9.30 pm IST). ARMY, the fan group of BTS, will also be able to catch the concert online via live streaming on fan community forum Weverse.

The group will perform at the global concert as part of their duties as ambassadors of the ‘Busan World Expo 2030’.

Jharkhand Condition Of The Girls Is Not Good In State, Know The Figures