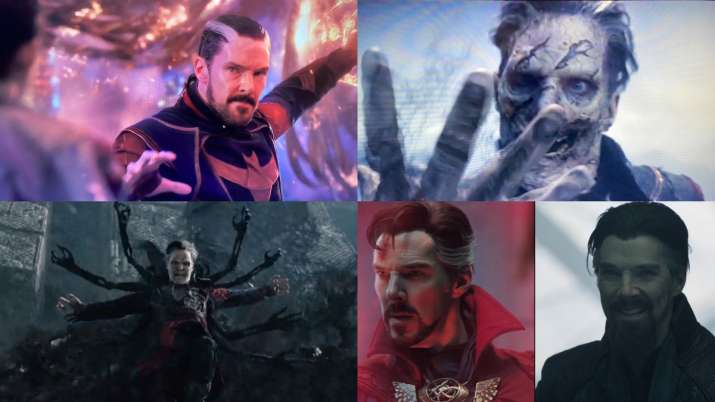 Marvel is at its most flourishing phase at the moment. The Phase 4 has opened new avenues with new and old superheroes reuniting. During Super Bowl 2022, the new trailer of Doctor Strange in the Multiverse of Madness was released. The two-minute video transcends its audience to a new crazy dimension. Here we not only meet Evil Doctor Strange but Wanda Maximoff too and their new variants too. While they are friends, there’s a sense of eeriness that introduces us to Wanda’s alter ego in another dimension.

The new Doctor Strange trailer also teased some other characters, like Patrick Stewart’s Charles Xavier. Benedict Cumberbatch is not the only familiar face returning for Multiverse of Madness. It seems like a reunion of sorts with multiple characters from franchises chipping in, something similar was also teased in Loki and WandaVision. Chiwetel Ejiofor will be coming back as Mordo and Benedict Wong will be taking his place as the Sorcerer Supreme again. Along with Elizabeth Olsen’s Wanda, there’s Xochitl Gomez as America Chavez, in addition to Rachel McAdams who’s returning as Christine Palmer of Doctor Strange.

Watch the new Doctor Strange in the Multiverse of Madness trailer released at Super Bowl 2022:

The trailer has sent Marvel fans into a tizzy. Here’s how they are reacting to it:

For the unversed, the Doctor Strange sequel picks up directly after the events of ‘Spider-Man: No Way Home’ as Doctor Strange distorts the multiverse after Tom Holland’s Peter Parker requests him to perform a ritual which will lead everyone to forget about him. However, the multiple is ripped apart as the spell goes wrong. The trailers suggest that the multiverse will get warped after the same ritual.

So far we have seen two versions of Doctor Strange, the Sorcerer Supreme and his evil counterpart Defender Strange and now after watching this one, we’re wondering if there are more! The film is scheduled for a theatrical release on May 6.