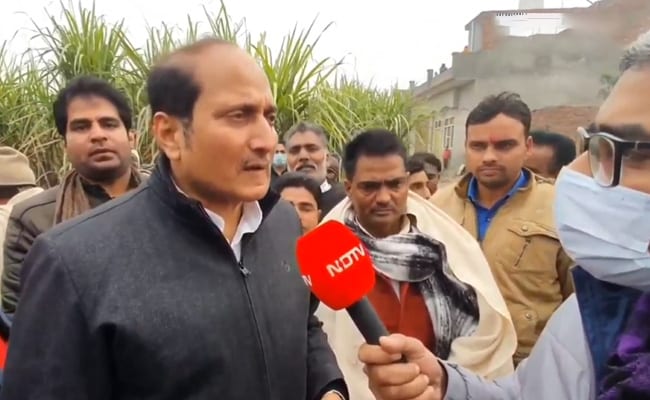 UP minister Suresh Rana’s demand came based on alleged irregularities in polling. (File)

The Election Commission has turned down Uttar Pradesh minister Suresh Rana’s demand for re-election in Thana Bhawan Assembly constituency after he alleged irregularities in polling.

Mr Rana was the BJP candidate from Thana Bhawan constituency which went to the polls in the first phase on February 10.

District Election Officer Jasjit Kaur, who is also the District Magistrate of Shamli, in a press statement on Sunday said elections were held peacefully and there were no incidents of malpractice or irregularity during the polls.

Hence, she said, Mr Rana’s demand for fresh elections at 40 polling booths in Thana Bhawan constituency could not be entertained.