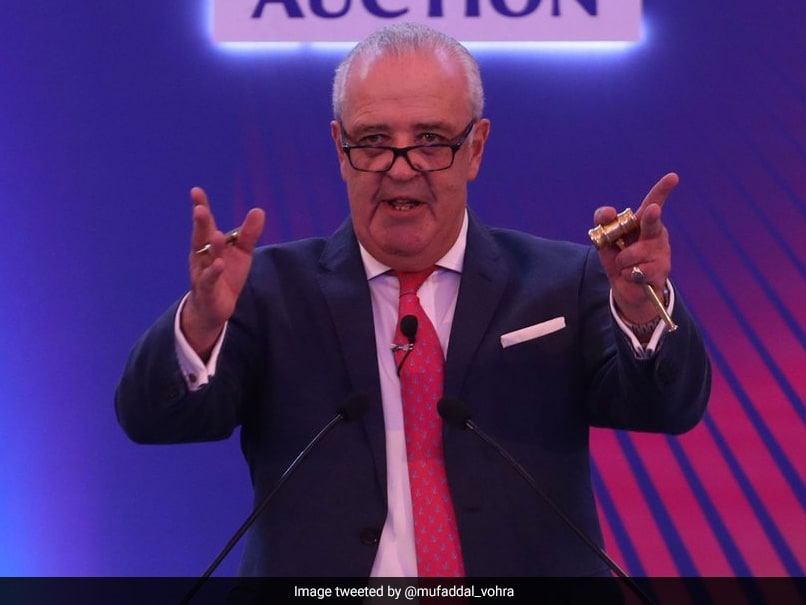 Veteran auctioneer Hugh Edmeades collapsed while conducting the first session of the Indian Premier League auction here on Saturday but was found to be “doing fine” after a medical check-up.
Veteran sports presenter Charu Sharma was handed the auction duties for the remainder of the event as Edmeades received medical care following the fall that was blamed on low blood pressure.

The 60-year-old’s collapse midway into proceedings led to an early lunch amid commotion inside the auction room.

“He has been attended to by a doctor. He is doing fine, his blood pressure dropped suddenly and that was the reason for his sudden collapse. We will know more once he has a thorough check-up,” a BCCI source told PTI.

“He is stable and we will give further updates later,” a BCCI spokesperson later said.

Edmeades, who has conducted over 2700 auctions across the globe, primarily of cars including an Aston Martin used in a James Bond film, had Sri Lankan leg-spinner Wanindu Hasaranga’s name under the hammer when he fell from his auction pedestal.

“Charu has arrived as back up plan and will conduct the rest of the auction,” a BCCI source said.

Sharma was the CEO of the Royal Challengers Bangalore during the IPL’s first season.