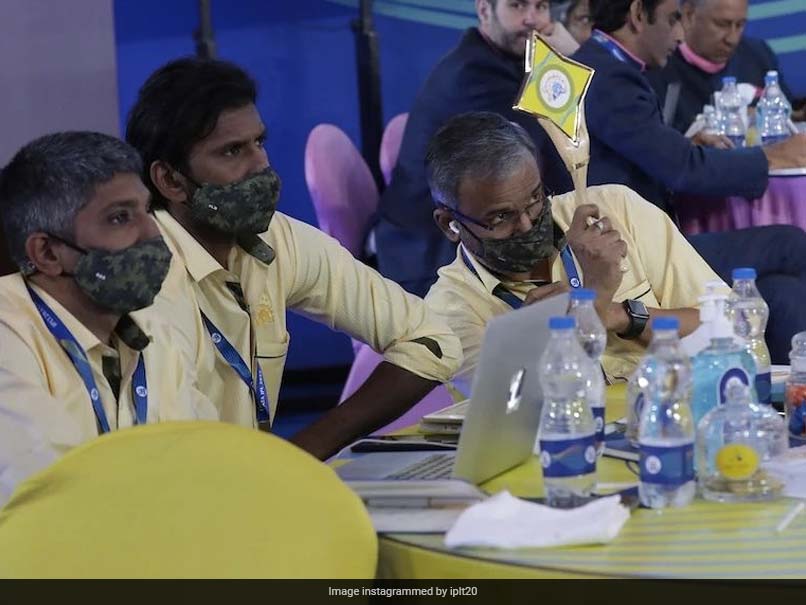 With the IPL 2022 Auction having begun on Saturday in Bengaluru, the cricket fraternity has been on the receiving end of plenty of surprises and drama. Mumbai Indians (MI) acquired Ishan Kishan for INR 15.25 crore to make him the most expensive player in the ongoing auction. Meanwhile, Avesh Khan became the most expensive uncapped cricketer in IPL auction history after he was roped in by Lucknow Super Giants for INR 10 crore. Meanwhile, Chennai Super Kings (CSK) also had their fair share of drama and saw Deepak Chahar, Ambati Rayudu, KM Asif, Mitchell Santner Dwayne Bravo and Robin Uthappa rejoin the franchise for huge sums of money. Former cricketer Virender Sehwag took to Twitter to sum up CSK’s activity in the ongoing IPL 2022 Auction with an epic meme of Aamir Khan from Bollywood film 3 Idiots.

The meme had the following phrase, “Jaane Nahin Denge Tujhe” (“won’t let you go”), citing the song with the same name from the movie ‘3 Idiots’.

Sehwag captioned the meme as: “@ChennaiIPL to most players it couldn’t retain. #Loyalty #IPLAuction”

Chahar, Bravo, Uthappa and Rayudu were part of CSK’s contingent in IPL 2021, as they went on to defeat Kolkata Knight Riders (KKR) in the final.

Chahar, who was in fantastic form during powerplay last season, was bought for INR 14 crore. Meanwhile, batter Rayudu returned for INR 6.75 crore and Bravo came back for INR 4.4 crore.

Veteran Uthappa was released after IPL 2021 and returned for INR 2 crore. Meanwhile, bowler Asif was purchased for INR 20 lakh. Mitchell Santner has also rejoined the squad for INR 1.9 crore.

The auction also saw veteran auctioneer Hugh Edmeades collapse on Saturday while conducting the first session. Since then, he has given an update on his health, saying he is stable. In his place, Charu Sharma has been conducting the proceedings of the event.