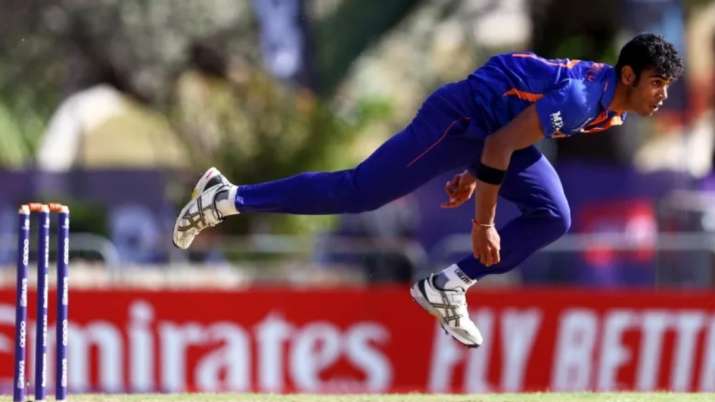 India U19 star all-rounder Rajvardhan Hangargekar was sold for a whopping Rs 1.5 crore to Chennai Super Kings during IPL 2022 auction Day 2 in Bengaluru on Sunday.

CSK bought in the 19-year-old express fast bowler, who is also a pinch hitter, after a bidding war with Royal Challengers Bangalore and Gujarat Titans.

The right-arm fast bowler, who had a base price of Rs 30 lakh, exhibited top form in the just concluded Under-19 World Cup 2022 that India won. In the prestigious tournament, Hangargekar usually opened the bowling attack for India and kept the opposition under the pump with his variations in the bowling.

The Maharashtra cricketer scalped four wickets in the five matches that he played for India Under 19. Besides, his contribution was crucial with the bat as he smashed three sixes on the trot to return 37* during the game against Ireland U19. The lanky pacer has the potential to smoke the ball over the ropes for easy hits.