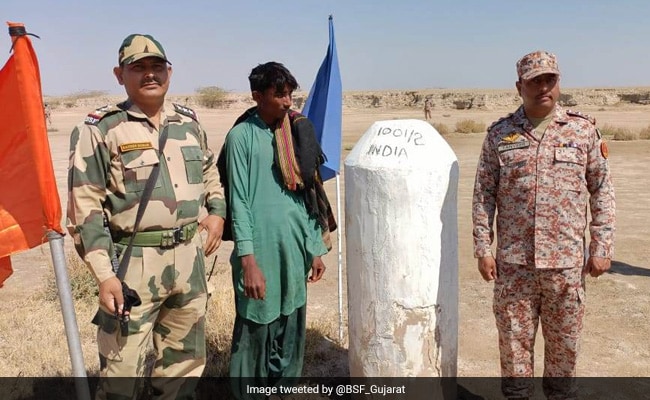 The man was identified as Gumano and is the resident of Tharparkar district in Pakistan’s Sindh province.

As a goodwill gesture, Border Security Force (BSF) personnel handed over a Pakistani national to Pak Rangers on February 12, said BSF in its press release.

The man was identified as Gumano and is the resident of Tharparkar district in Pakistan’s Sindh province.

According to the press release by Gujarat Frontier, Border Security Force, the man had a quarrel with his family and left his home. He is epileptic and belongs to a poor family and has 10 siblings.

He inadvertently crossed International Border on the intervening night of February 9/10, 2022 and reached Kuda-Chapariya link Road where he was apprehended by troops of 56 Battalion of the BSF. He was in a dehydrated state when BSF troops provided him food and water.

On humanitarian grounds and as a goodwill gesture Pak youth was handed over by BSF to Pak Rangers after a series of flag meetings.

Earlier also, BSF had handed over a Pak national on January 5 2022, as a goodwill gesture.