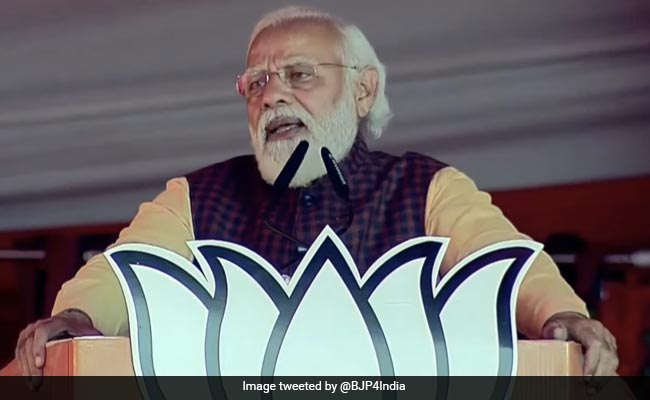 People of UP have realized that only BJP has antidote for rioters and mafias: PM Modi

Prime Minister Narendra Modi on Saturday took a swipe at the opposition parties, saying after the first round of voting in Uttar Pradesh their dynasts are sleepless and unable to dream anymore.

Addressing a rally in Kannauj, he said for such leaders the ‘mantra’ of democracy is “government of the family, by the family and for the family”.

Prime Minister Modi said the people of the state have realized that only the BJP government has the antidote for rioters and mafias.

Kannauj, Farrukhabad and Auraiya for which PM Modi was addressing the rally would go to polls in the third phase on February 20.