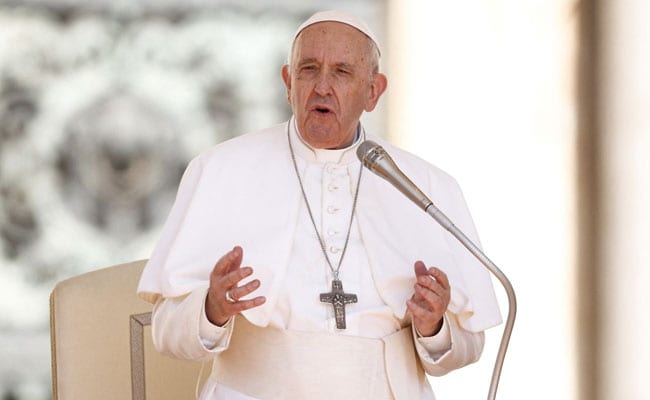 Pope Francis addressed people at his weekly general audience at the Vatican.

Pope Francis has taken a new series of swipes at Russia for its actions in Ukraine, saying its troops were brutal, cruel and ferocious, while praising Ukrainians for fighting for survival.

But in the text of a conversation he had last month with editors of Jesuit media and published on Tuesday, he also said the situation was not black and white and that the war was “perhaps in some way provoked”.