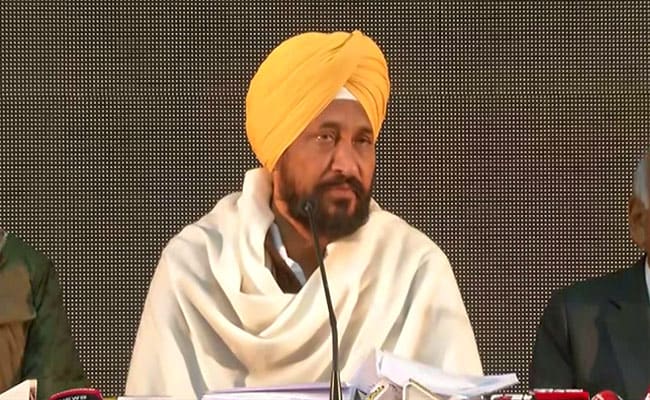 Charanjit Singh Channi has hit back at Aam Aadmi Party chief Arvind Kejriwal after the Punjab Chief Minister’s name was cleared linked to illegal sand mining in his constituency ahead of voting day in the assembly elections.

Mr Channi, citing the report, accused the Delhi Chief Minister and AAP chief of tying to malign him with false allegations linked to illegal sand mining.

“The British came to loot India; likewise, Kejriwal and his Delhi family such as Raghav Chadha and other outsiders have come to loot Punjab. But Punjab will show them their place, like it did to Mughals and the British,” Mr Channi said.

Punjab will vote in the assembly election on February 20. Mr Channi is the Congress’s chief ministerial candidate.

Mr Channi’s nephew Bhupinder Singh Honey appeared before a court on Friday in connection with an alleged illegal sand mining case. He has been sent to 14-day judicial custody.

Mr Honey was arrested by the Enforcement Directorate, or ED, in an alleged illegal sand mining case on February 3 from Jalandhar after a day-long questioning.

The ED action began on January 18 after it conducted raids against Mr Honey and others and seized Rs 7.9 crore from his property, and Rs 2 crore from another accused, Sandeep Kumar.