Former Pakistan player Sikander Bakht has created chaos in Pakistan cricket as he tweeted about the friction between Sarfaraz Ahmed and Mohammad Rizwan. According to Bakht, Mohammad Rizwan would never allow Sarfaraz Ahmed to return to the squad as long as he was there. To be exact the words heard by Bakht heard, ‘won’t let him (Sarfaraz) return’.

Bakht further reflected on the friction in the Pakistan camp and spoke on how Sarfaraz did not allow Rizwan to bat when they were together in the team. 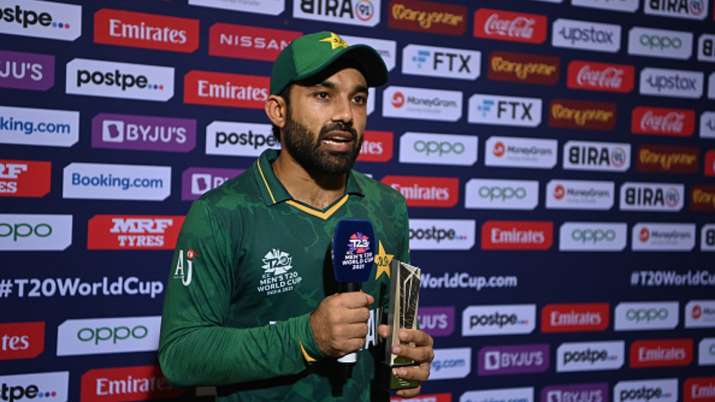 “I think they’ve decided that they won’t play Sarfaraz. Our cricket community is very small, so we get to know a lot of things. A cricketer, who does programs with us, told me that Rizwan said, “main Sarfaraz ko kabhi aane nahi dunga (I won’t let Sarfaraz return to Pakistan team). That’s because when Sarfaraz was there, he didn’t let Rizwan play. This is what I have heard. I might be wrong,” Sikander Bakht said while speaking to Geo TV.

Mohammad Haris will act as Plan B for Pakistan in the T20 World Cup in October and November in the wicketkeeper department. Sarfaraz who was considered as one of his options will once again miss out on part of the big drama surrounding Pakistan cricket. He last represented Pakistan in the T20I series against Bangladesh in November of last year.

Pakistan trail the seven-match T20I series 0-1 and were beaten comprehensively despite Mohammad Rizwan’s fifty. The match saw Alex Hales come out on top as his fifty helped England beat Pakistan by 6 wickets. The second T20I between the sides will be played at the same venue in Karachi on Thursday evening.