On Sunday morning, actor Ajay Devgn has left his fans super excited and curious by hinting at ‘Singham 3’ in his latest Instagram post. Taking to the social media application, he dropped a video, in which he can be seen playing a game of ‘Would you rather…’ between the shots. Ajay answered a series of questions.

One of the questions in the series was, ‘Would you rather remake a film or do a sequel?’ Interestingly, Ajay answered ‘do a sequel’ gesturing a third part with ‘Singham’ music playing in the background. 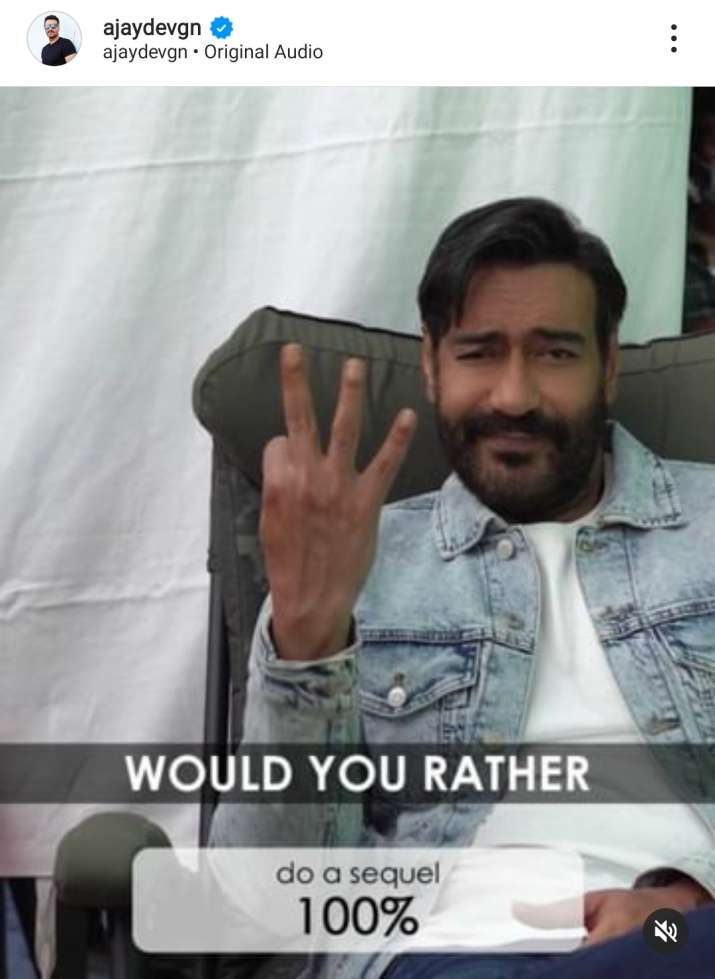 As soon as Ajay shared the video, fans chimed into the comment section to express their excitement about the new installation of the hit franchise. “Oh My God! Did you just reveal that ‘Singham 3’ is in making? ” a netizen commented. “What What… Are you coming back with Singham?” wrote another one.

Helmed by Rohit Shetty, ‘Singham’ was a remake of the Tamil film ‘Singam’, featuring Suriya. The 2011 release performed well at the box-office, and the makers expanded the cop universe with ‘Singham Returns’ in 2014.