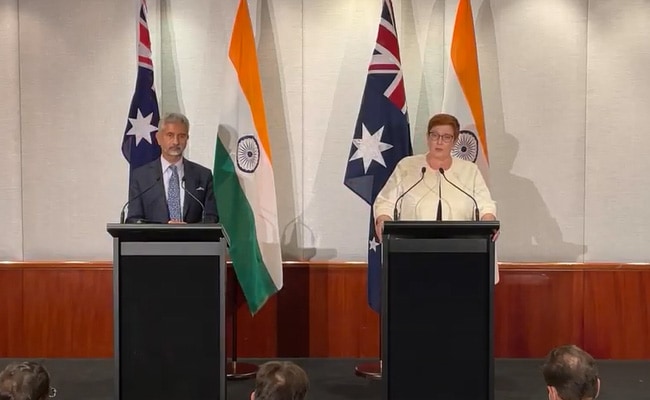 The situation at the Line Of Actual Control in Ladakh has arisen due to China’s disregard in 2020 of written agreements with us to not mass forces at the border, External Affairs Minister S Jaishankar said on Saturday.

“So, when a large country disregards written commitments, I think it’s an issue of legitimate concern for the entire international community,” he added.

Speaking at a joint India-Australia press conference in Melbourne along with his Australian counterpart Marise Payne, the minister said that the four foreign ministers of the Quad countries made a point that “we’re here to do positive things, to contribute to peace, prosperity, stability of the region”.

On China’s foreign minister criticizing the Quad, Mr Jaishankar said that our actions and stance are very clear, and criticizing it repeatedly “doesn’t make us less credible”.

The Quadrilateral Security Dialogue (Quad) is a partnership of four nations, each of whom shares a commitment to openness, transparency and challenges coming out of the current global order.

This is the first time Quad Foreign Ministers are meeting since the two Quad Summits last year. They will be discussing ongoing Quad cooperation in their bilateral phone calls and meetings.