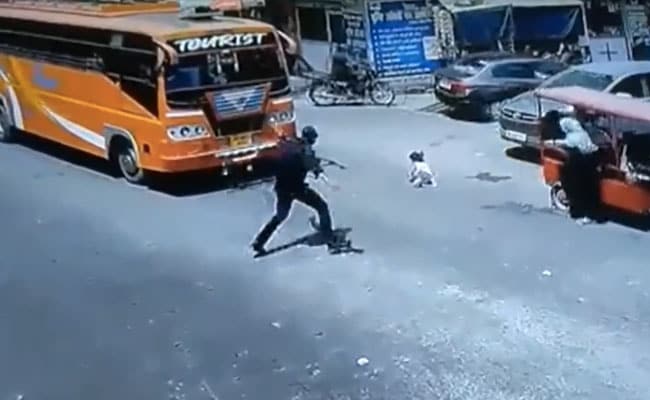 The toddler was later handed over to her mother

A City Patrol Unit (CPU) personnel saved a child’s life after the toddler fell off the mother’s lap from an e-rickshaw.

Sundar Sharma did not care for his own life and was seen immediately rushing to get hold of the child amid trails of traffic-filled road.

The incident was caught on a CCTV camera where the child fell off the lap of her mother who was sitting on an e-rickshaw.

“He was on duty at Cheema Chauraha. An e-rickshaw took a very sharp turn due to which a woman on it dropped her child. The child fell in front of a bus. Without caring for his life, Sundar signaled the bus to stop , ran, picked her up,” said Circle Officer (CO) City on Monday.

The toddler was later handed over to her mother, the officials added.