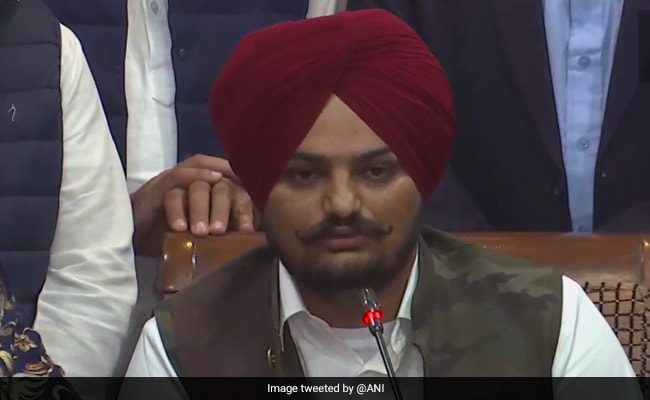 Sidhu Moose Wala was shot dead in Punjab’s Mansa on May 29.

Claiming a breakthrough in the investigation of the murder of singer Sidhu Moose Wala, police from Punjab’s Mohali district and the Anti-Gangster Task Force arrested two alleged members of a gang run by Lawrence Bishnoi and Goldy Brar on Tuesday. They are linked with another gang member who provided a car used in the May 29 murder, police said.

The two men – Gagandeep Singh alias Gaggi and Gurpreet Singh alias Gopi – belong to Kingra village in Sirsa district of Haryana, said Mohali police chief Vivek Sheel Soni in a press release. “They were arrested near Dara Studio in Mohali on a tip-off,” he added, “We seized two pistols, eight bullets and a Mahindra Scorpio car from them.” They have been booked under the Arms Act.

Lawrence Bishnoi, who is in jail in Delhi, and Goldy Brar, believed to be in Canada, are being treated as prime suspects in the murder of Sidhu Moose Wala, who was also a Congress leader. A red corner notice from the Interpol has been issued against Goldy Brar, who had purportedly claimed responsibility for the murder via a Facebook post. Punjab Police says Lawrence Bishnoi is the mastermind from behind bars, and has sought his custody for interrogation.

The two arrested men, Gaggi and Gopi, were in regular in touch with Goldy Brar through another gangster, Manpreet Singh alias Manna, who provided a Toyota Corolla car to the murderers, police said. Manna has already been arrested.

“They were working on the directions of Goldy Brar and indulged in illegal weapons’ smuggling from border areas of Punjab and Rajasthan,” the press note read. They were allegedly on their way to deliver weapons to someone when caught.