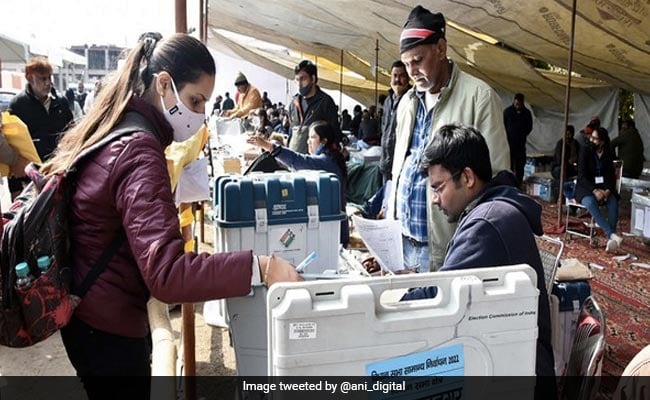 Having seen 11 Chief Ministers in the last two decades since the formation of Uttarakhand, the hilly state will vote on Monday for its 70-member Assembly seats. While the incumbent BJP is up against the electoral trend of the people voting out the governments in every elections, Congress is hoping for a comeback, and the Aam Admi Party (AAP) has pitched in to find a foothold in a state widely known for political instability .

The voting will begin at 7 am and end at 5 pm after the electioneering came to an end on Saturday, 48 hours before the electorate begin casting their votes. There’re 632 candidates in the electoral fray for 70 Assembly seats.

Other than the BJP and Congress, and AAP, Samajwadi Party and Bahujan Samaj Party are also testing their electoral strengths in the state.

The AAP has named a retired colonel and candidate from Gangotri seat Ajay Kothiyal as its Chief Ministerial candidate. Former state Chief Minister Harish Rawat led the Congress campaign during the campaigning. The BJP’s star campaigners sought to build the poll plank on the works done by the incumbent Chief Minister Pushkar Singh Dhami.

Dhami is contesting from Khatima Assembly seat whereas Rawat is in the fray from the Lalkuwa constituency.

After Uttarakhand was formed by carving out from Uttar Pradesh, the hilly state has given mandates alternatively to the Congress and the BJP, while there also being instability of the governments due to frequent change of Chief Ministers.

With the formation of the government in 2017, the BJP had chosen Trivendra Singh Rawat, MLA from the Doiwala seat, as its Chief Minister, but he was replaced by Tirath Singh Rawat in March 2021. the completion of six months from the date of taking the oath of the office he was also replaced by Pushkar Singh Dhami, a sitting MLA as the CM of the state.

Just a day before the campaigning concluded, Dhami stirred a new row by promising contentious Uniform Civil Code (UCC) in the state if the BJP retained power.

The counting of votes will take place on March 10.