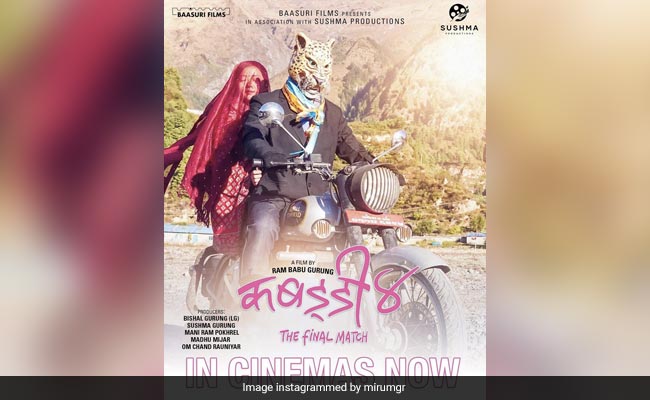 “Kabaddi 4” Release Controversy: The film’s release was scheduled for June 17.

The Sikkim government announced a ban on the release of “Kabaddi 4” today amid a massive controversy around the film. The movie starring Dayahang Rai, Saugat Malla, Miruna Magar, Buddhi Tamang and Bijaya Baral was scheduled to be released on June 17.

Sikkim Chief Minister Prem Singh Golay announced the decision in a Facebook saying, “Considering the sentiment of the people of Sikkim and various associations and organizations, the state government has decided to impose a ban on the release of ‘Kabbadi 4’ in the state until the dispute is resolved in an acceptable manner.”

Controversy around the movie

Miruna Magar, the actress of the movie, was allegedly seen slapping monk Phurba Lama at a promotional event of the film last month. The actress later accused the monk of touching her inappropriately after which the 24-year-old monk was arrested. This led to massive protests in the state demanding the release of the monk and an unconditional apology from the actress. Later, in an Instagram post, the actress said that both the parties reached an agreement and the monk “unreservedly apologized for his behaviour”.

“I have accepted his apology”, she added.

What have the Buddhist organizations said

Buddhist organizations and monk associations have publicly expressed their resentment over the ill-treatment met out to the monk and have been protesting against the release of the film. The organizations claimed that there was no evidence to show that the monk had groped the actress and said that if the film is to be released, credible proof of the incident should be shown.

What have the makers said

Although the makers have not said anything yet on Sikkim government’s decision to ban the film, producers Sushma Productions, led by Sushma Gurung and Anmol Gurung had issued a public apology to the Buddhist community and monk associations in Sikkim yesterday.