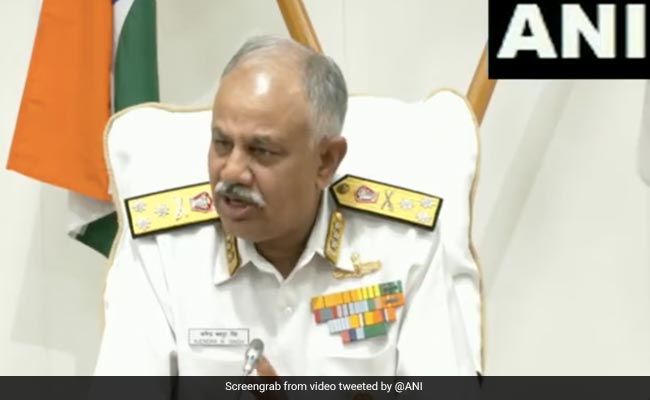 Vice Admiral Ajendra Bahadur Singh said no percentage is decided on it yet.

The induction of women as Agniveers under the Central government’s ‘Agnipath’ scheme will depend on service’s operational requirement, Vice Admiral Ajendra Bahadur Singh said.

Vice Admiral Ajendra Bahadur Singh, Flag Officer Commanding-in-Chief Western Naval Command said that there is a provision that if any service wants, they can recruit women and no percentage is decided yet.

The Center on Tuesday unveiled a radical new scheme – ‘Agnipath’ – for the recruitment of personnel called ‘Agniveers’ in the Army, Navy and the Air Force largely on a four-year short-term contractual basis, in a major overhaul of the The decades-old selection process to bring in fitter and younger troops to deal with future security challenges facing the nation.

Under the scheme, nearly 46,000 soldiers will be recruited this year between the ages of 17 and a half years and 21 years into the three services, the defense ministry said.

According to the central government, the recruitment under the ‘Agnipath’ scheme will be based on an “all India, all-class” basis, which is set to change the composition of several regiments that recruit youth from specific regions as well as castes such as Rajputs, Jats and Sikhs.

After completion of the four-year tenure of the recruits, the scheme provides for retaining 25 per cent of each specific batch for regular service, based on organizational requirements and policies promulgated by the armed forces from time-to-time.

The Union Home Ministry on Wednesday announced that the ‘Agniveers’ will get priority in recruitment to the central armed police forces (CAPFs) and the Assam Rifles.

It said those who complete four years of service under the scheme would be given priority in the recruitment process.