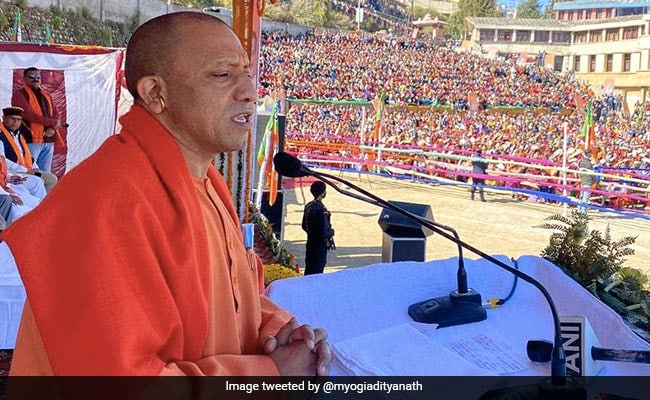 In a scathing attack on Congress leader Rahul Gandhi, Uttar Pradesh Chief Minister Yogi Adityanath on Saturday said the identity of the Wayanad MP is ‘doubtful’ as “his great-grandfather used to call himself an accidental Hindu”.

Addressing an election rally in Kotdwar, Chief Minister Yogi said, “The person whose identity is doubtful now giving a definition of Hinduism. I was surprised that Rahul Gandhi gave the definition of Hinduism. He should be told that his great-grandfather called himself an ‘accidental Hindu’. It does not suit someone, whose ancestors were not proud of being Hindus, to tell us its definition. Do not allow them to create the identity crisis of Uttarakhand that they had created for themselves.”

“Hindu is not a communal word. ‘Hindu’ is our cultural identity. If someone does not know the definition of ‘Hindu’ in Devbhoomi, then that party should not have the right to come to power,” he said.

Hurling personal attacks on the Gandhi family, Yogi Adityanath said the Congress party is finished and whatever remains are there would be ruined by Rahul Gandhi and Priyanka Gandhi Vadra.

“Uttar Pradesh sent four members of the (Gandhi) family to the parliament. But when the siblings go to Kerala, they criticize Uttar Pradesh and look down on the people of the state. When they go abroad, they raise their fingers at India. They do not believe in the people of India,” said Chief Minister Yogi.

He further added, “The Congress is completely submerged, wherever there is little existence, both ‘brother and sister’ are enough to push it down. So it should be left to its fate.”